One of the common problems while debugging a new board, as well as reverse engineering designs, is the inability to read part numbers on IC packages. During assembly the parts are baked at high temperatures and often washed with chemicals which can cause the package markings to become very difficult to read.

About 8 years ago i was watching one of the generic "Detective" TV shows where they had a hand gun with the serial number ground off. On the TV show, they used a colored die and different camera lighting to bring out the serial number as the imprint what still on the metal of the gun. I thought to myself... Can i use this method to read the markings on IC packages?

I purchased a small usb based microscope and did some testing. Sure enough it worked.

Today one of my most valued tools is the Celestron 44302-A Deluxe Handheld Digital Microscope(about $50USD). It works with most linux utilities including guvcview which I use to capture images. I've uploaded a picture of an IC taken after the IC had been installed on a pcb. You will notice that the markings are pretty hard to read. Using a Sharpie you can paint the top of the package to bring out the markings. I've tried all the basic colors and found that the yellow is the best. It is dark enough to bring out the markings, but not too opaque to obscure the markings. The second photo is a capture after painting the IC with the yellow Sharpie. You can see a pretty dramatic difference. The third capture is done with the usb microscope at a 45 degree angle with the part, which makes the markings really jump out. 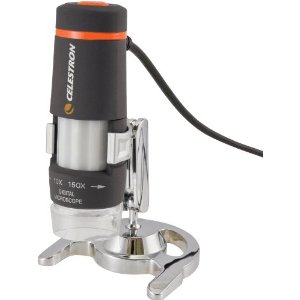 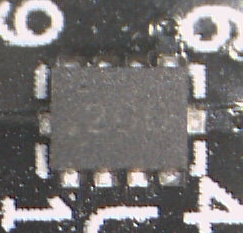 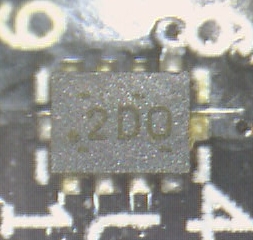 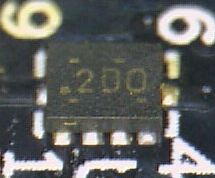 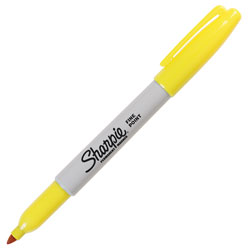