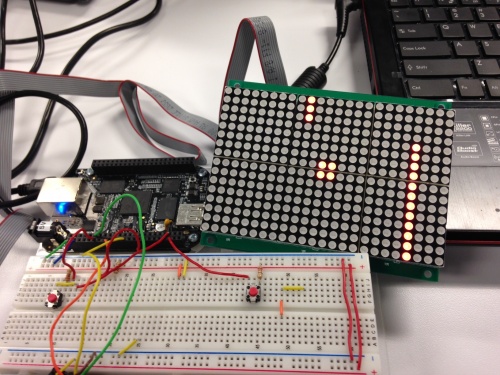 This project is an electrical game on a 16*24 LED matrix playing with two buttons.There is a dot in the central of matrix and bars coming from right or left side of matrix. You can control the dot to move up and down to avoid the bars by clicking the buttons. Clicking on buttons will cause a voltage change on gpio pins, which will result the movement of dot. Bars are generated according to several patterns. The longer the game lasts, the faster bars are generated and the higher the score you get.

To build up the hardware of this project, you need parts as follows:

Buttons are wired to gpio pins(GPIO_20 and GPIO_7) and VCC.

get source on BeagleBone and make

Then you can run the program by 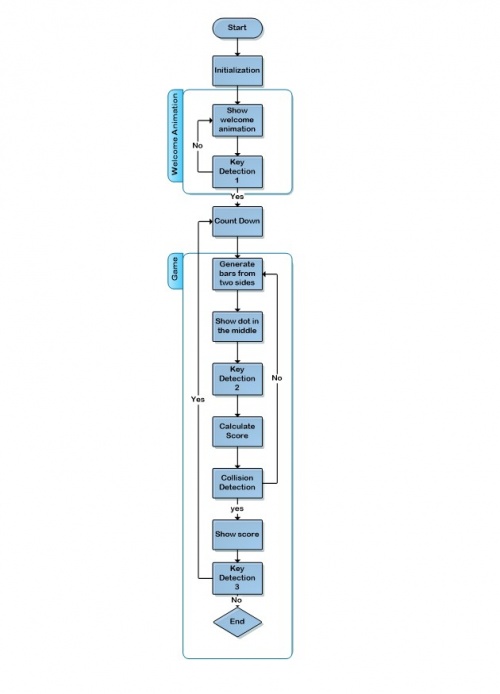 The project can be improved by adding properties as follows:

2. Building a gravity sensor to control the dot instead of buttons. That will be more fun.

3. Add a music player to BBB so that we can play background music while playing game.

Our project builds several basic features of the DotRun game, such as controlling dot by buttons, generation of bars and the automatically speed-up.

More features can be added to the project to make it more fun, such as the best record, background music, gravity-sensor and so on.