Toshiba's AC100 was an Android laptop built around NVIDIA Tegra20 (Tegra 2). It was primarily sold in Europe and Japan. It is no longer available for purchase, although now and then, one will turn up on eBay.

Plain Linux (rather than Android) has been ported to the AC100 by enthusiasts. 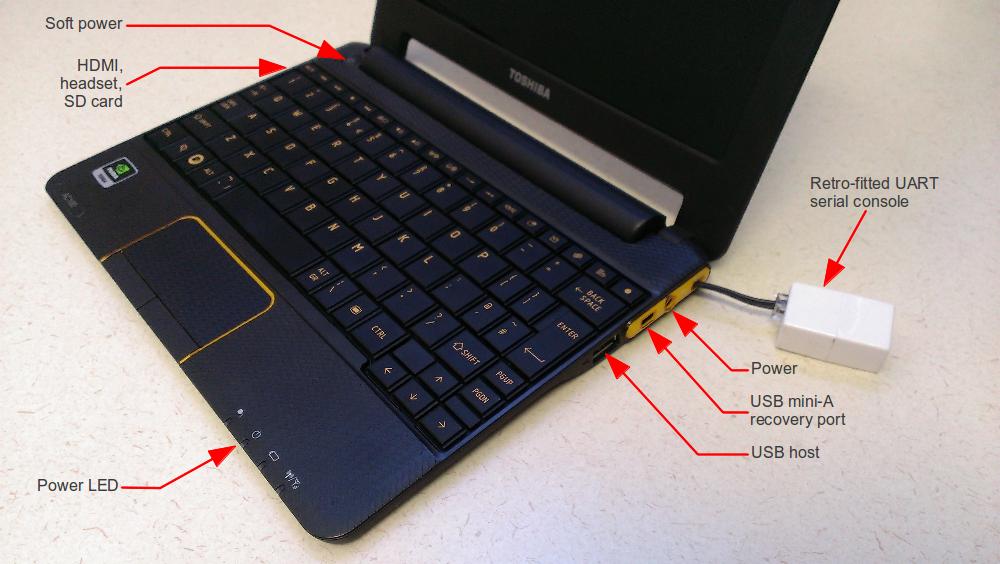 The board exposes connectors for:

The board has the following devices on-board:

All of mainline U-Boot, Linux, and tegra-uboot-flasher support Beaver.

Toshiba has not supported the effort to port mainline Linux and U-Boot to the AC100. For that reason, the board is known as the Compal PAZ00 in mainline software, in an effort to dissociate the mainline effort from Toshiba. Compal is the ODM that actually built the AC100, and PAZ00 appears to be their code-name for it.

The AC100 was a consumer device and originally shipped with Android. There is no downstream generic Linux port.

The AC100 does not have the typical (for Tegra development boards) "Force Recovery" button. However, the embedded micro-controller (known as nvec) can simulate this feature.