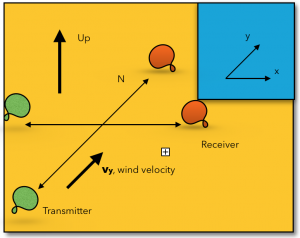 During majority of the gsoc i won't be having any academic duties to fulfil since the summer break would be pretty long.Thus i can devote my whole time to the project.This shall also help me enhance my database managment and remote networking knowledge which would be required for the remote connectivity part of the project.

Since much of the groundwork has already been laid i am going to jump directly to adding the sensors and completing the software part of it which had been promisied in both previous gsocs but was never achieved.

The reason i believe i should be chosen,is my interest for iot and love for tinkering around with hardware.As i have mentioned above i have a lot of experience in sysadmin/devop side of things.These things came naturally to me as a teenager and and i would enjoy working on this project and pour in all of the hardwork and passion required.I do like reading weather charts,graphs and radar data so this was the first gsoc idea that caught my eye.

As mentioned above i am proficient in most of the concepts that are going to be utilised in this project.In case i cant contact my mentor due to some reason.

There are things that can go wrong like sensors not working,mentor being busy and medical emergencies like food poising.Thus my plan is to start asap once accepted than to wait for later.