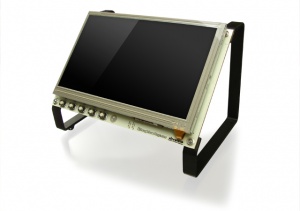 The BeagleBone LCD7 Cape provides an LCD solution with touchscreen capability for BeagleBone boards. The 7" TFT LCD screen, attached to the topside of the board, can display up to a resolution of 800x480 and is a 4-wire resistive touchscreen. The board is equipped with seven buttons located at finger-friendly positions. These buttons include power, reset, and five user buttons, which are mapped to different GPIO signals. The backside of the cape is where the BeagleBone and additional cape can be mounted.

Note: Bracket stands are not included

In revision A3 the Enter button has been moved from GPIO3_19 to GPIO0_3 and LCD_DVDD_EN has moved from GPIO1_31 to GPIO0_2. These changes in GPIOs are to support awake interrupt in sleeping mode.

The latest revision A3 have 10 eMMC pins removed from the LCD7's expansion connector. This removal is due to the fact that this LCD7 Cape was originally designed for the BeagleBone (White); thus, when using with BeagleBone Black, these eMMC signals are subjected to load and noises, creating problems with booting and using the eMMC.

We have been reported by a small number of users that their LCD7 Capes revision A3 have some issues with BeagleBone Black. These issues could be hanging during boot or crashing when accessing Angstrom system menu. The LCD7 Cape was originally designed for BeagleBone (White), which boots from SD card. When using with BeagleBone Black and booting from eMMC, the integrity of eMMC signals on some LCD7 Cape may be affected. If your LCD7 Cape have this issue, there are three work-arounds below: 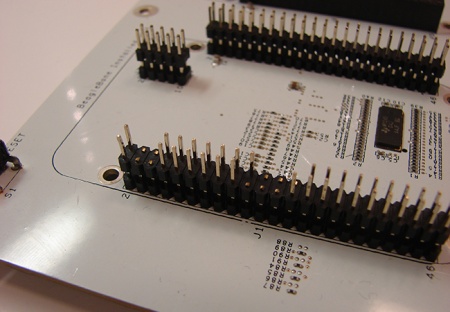 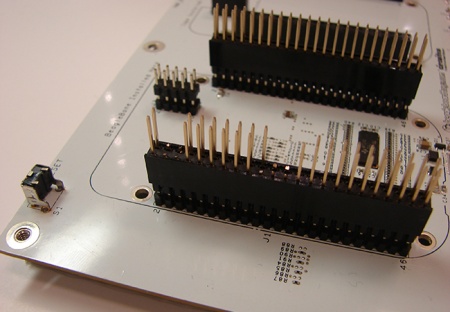 Note: if using this method, you need to purchase 2 cape expansion connectors for use on J1 and J2.

Please follow the instructions here to write the image file to your SD card on a Windows machine.

Following the instructions below to start using your BeagleBone LCD7 Cape: 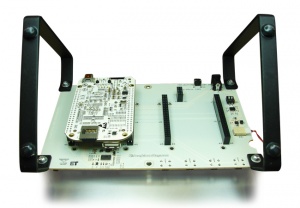 You can start using the board.

Thanks to Louis McCarthy and Gary Mort for the instructions below. These instructions were tested on "Linux beaglebone 3.8.13 #1 SMP Tue Jun 18 02:11:09 EDT 2013 armv7l GNU/Linux" release of Angstrom . The original thread on Google Groups can be found at https://groups.google.com/forum/#!category-topic/beagleboard/9-MMmO66HrU

Followings are some specifications of the BeagleBone LCD7 Cape: 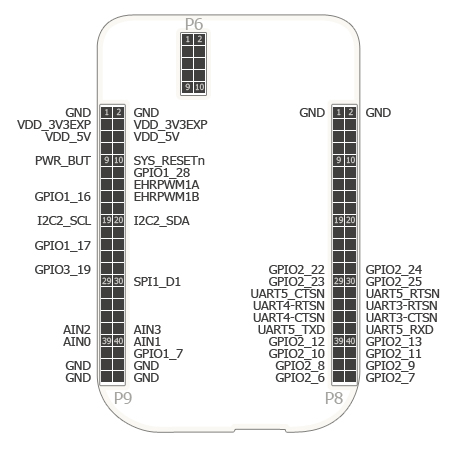