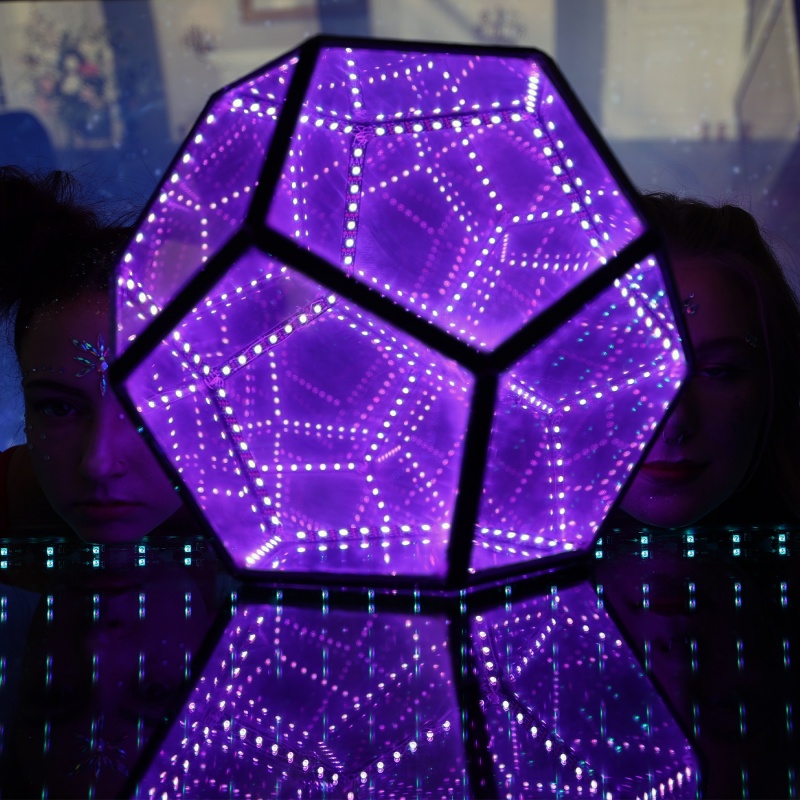 Using the Beagle Bone we are bouncing and changing the brightness and color of a LED strip that is also attached to the Bone. We are then encasing this system in a physical system of mirrors to create a optical illusion that makes it appear the moving lights go on forever. We are very early on in this project still, as we are still gathering the physical parts needed to construct it. We have found a dedicated library for the LED strips as well.

This repo contains all the code needed to run the SK6812 LED strands to begin running the PRU driver simply:

The kernel driver should be active, to test you can run commands in ExampleCommand.sh which will turn the first LED in your strip white if it is running correctly if not follow the commands in section 1.16 of the link below as you may not have the rpmsg.pru driver installed that the kernel driver requires:

·After restart, start the PRU driver using the installation instructions used above.

The software for this project uses a kernel driver that is coded in C to talk directly with the PRU that then relays info to the SK6812 LED strip that uses RGBW LEDs. Using this driver there is then python programs that can be written to communicate with driver. This is super nice because it allows the software and coding of new light shows to be easy using a high level language but also we maintain a lot of the advantages of using something that's low level like C.

Add a microphone input to the system to change the leds based off music played around it.

Fun project that we will be using later on as a cool decoration item to use in our rooms. Has its own unique challenges but its also very expandable as you could add control from your phone, or a microphone input or sever different types of light shows.