The stated goal for this project was to "do something interesting with robotics" using the BeagleBone-Blue as part of a final project for ECE497. We interfaced the Blue with an existing robotics platform and added a remote web interface. We developed a proportional-control object following program and had the robot follow a red ball within a small area using a pixy camera for image detection and continuous rotation servos for drive. We also developed a web interface for reading from the other sensors and driving the robot using a keyboard. A pixel grid on the web page shows the detected position of the object the robot is following in real-time*.

We ran into a problem using the motors built into the platform. They were designed for a 5v controller and the built in controllers on the blue use 12v. For a number of reasons we decided to use continuous rotation servos instead. Some mechanical modifications were required to convert the existing wheels on the platform to work with continuous rotation servos. This saved us from having to order an external h-bridge or motors.

To conclude: We had a total of 3 weeks to work on the project and the first half of that time was spent dealing with the quirks of the Beagle Bone-Blue. Due to the nature of working with an alpha version of the board there were a number of hurdles and workarounds to figure out just to get the board to connected to the internet and successfully communicating with the sensors and motors. The basic project goals were met but there is yet more to be done.

∗Not really, by "real-time" we mean about 5 times a second :) 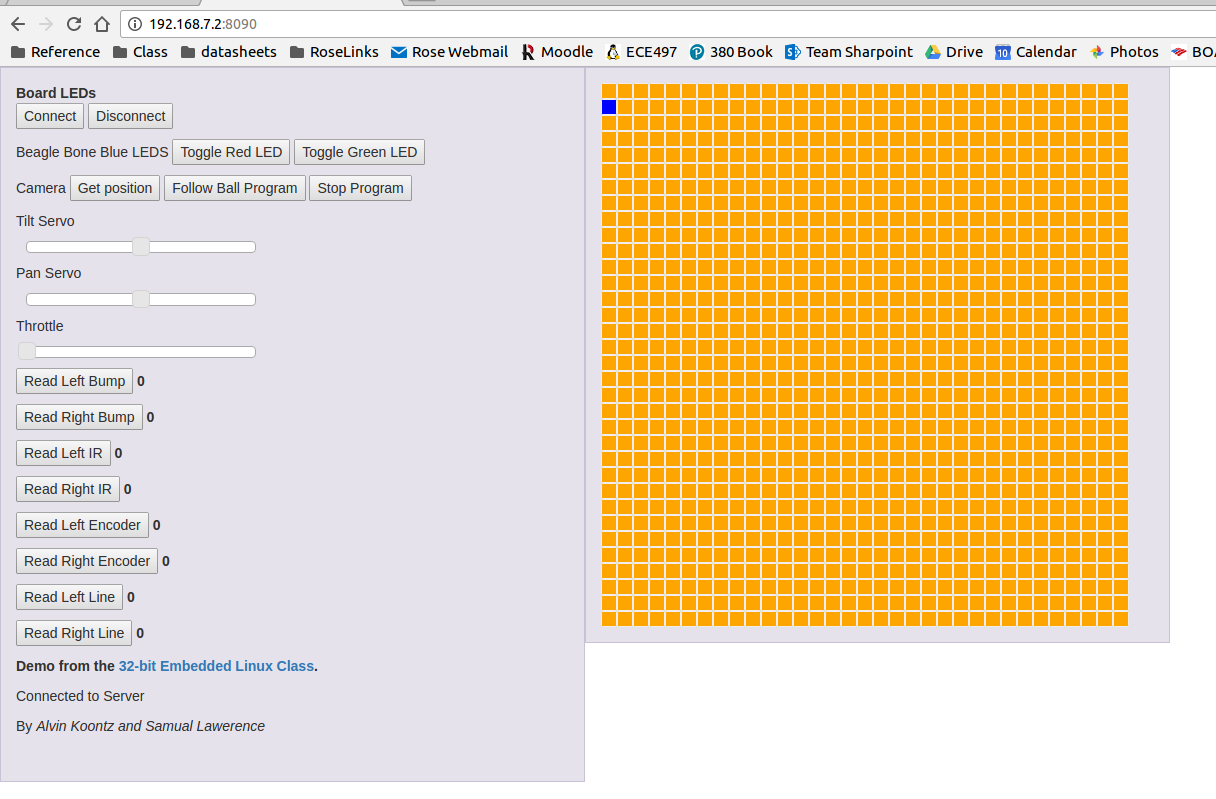