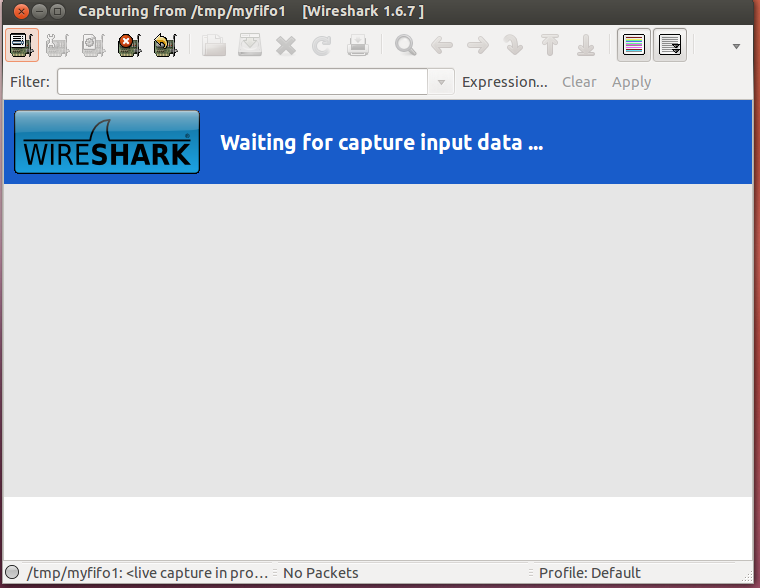 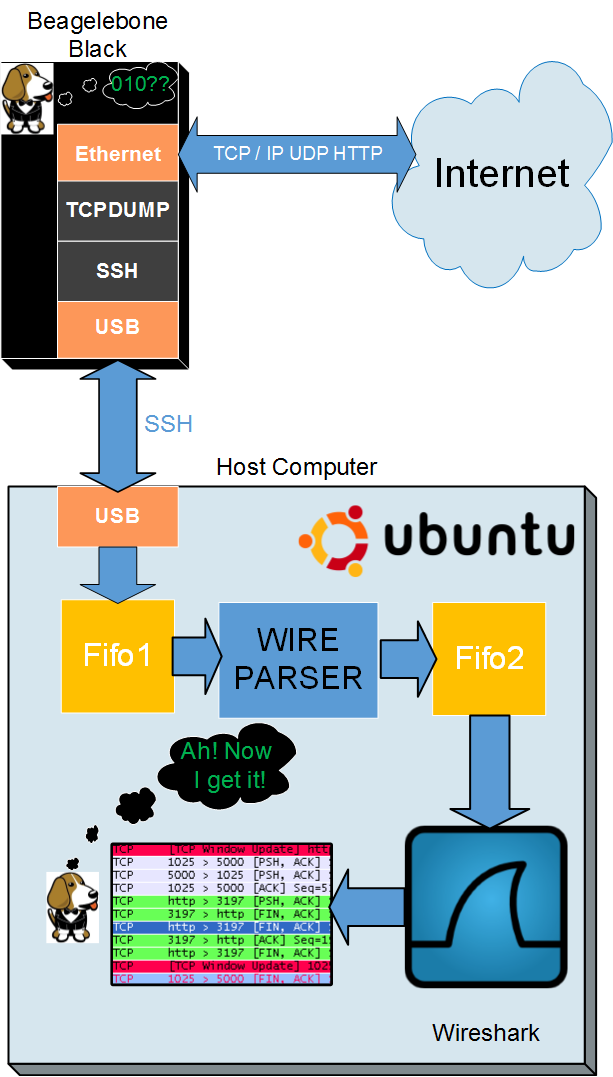 Currently we just used the parser to process the traffic created by loading a homepage. We did not monitor the traffic of a huge download yet.

As Cisco points out on thir website about the internet of everything "Today there are more things connected to the Internet than there are people in the world." This leads to increasing opportunities but also secutity risks for embedded devices. Therefore it is important to be aware of the security threads to embedded devices. With our project we made it possible to capture and analyze the network traffic on linux embedded devices using efficient tcpdump on the embedded device and capable wireshark with GUI on a host computer.

Patrick Vogelaar, Graduate Student in Advanced Communications at Napier University in Edinburgh for giving us the idea to use named pipes and our current setup to solve this problem.