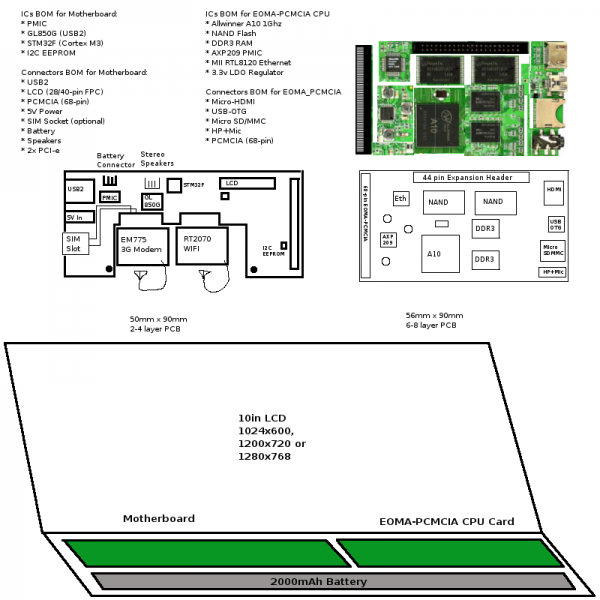 Note: this product is now in development at the 15.6in size. see Libre 15.6in Laptop

A Laptop's motherboard is almost identical to that of a tablet, with the exception that a keyboard matrix and a mouse driver are required instead of a touch panel. In some cases, the keyboard matrix and mouse driver are handled as USB devices: however, the cost can be lowered by utilising available pins of an STM32F, which has enough functionality to cover, in software, the majority of functions that would otherwise require individual discrete circuits. Source code for an example mouse driver can be found here: [1].