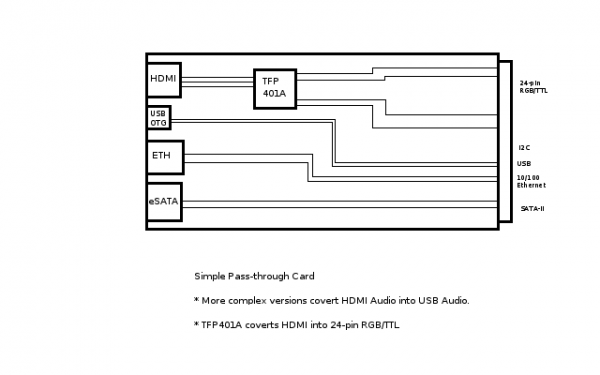 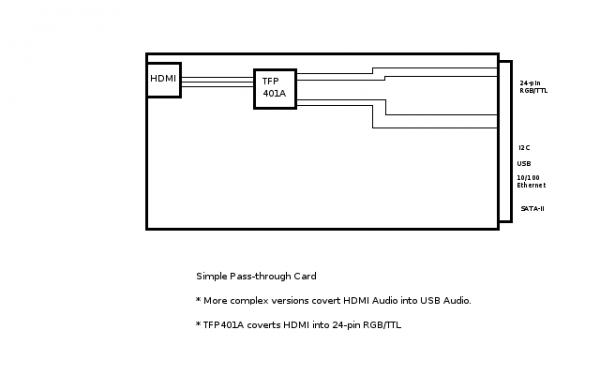 These cards allow access to the features of Motherboard Chassis devices performing little or no conversion of signals and passing them through to the EOMA-PCMCIA connector. Examples include:

These two examples are incredibly simple. Connectors for Ethernet, USB and eSATA are simply passed straight through - literally - to the PCMCIA connector. HDMI input is converted into 24-pin RGB/TTL: a suitable IC is the Texas Instruments TFP401a. More advanced versions would convert HDMI Audio into, for example, USB Audio. Even more advanced versions would have the means to change the brightness, contrast and gamma correction of the picture being displayed, perhaps have two HDMI inputs and allow picture-in-picture and selection between the two inputs.