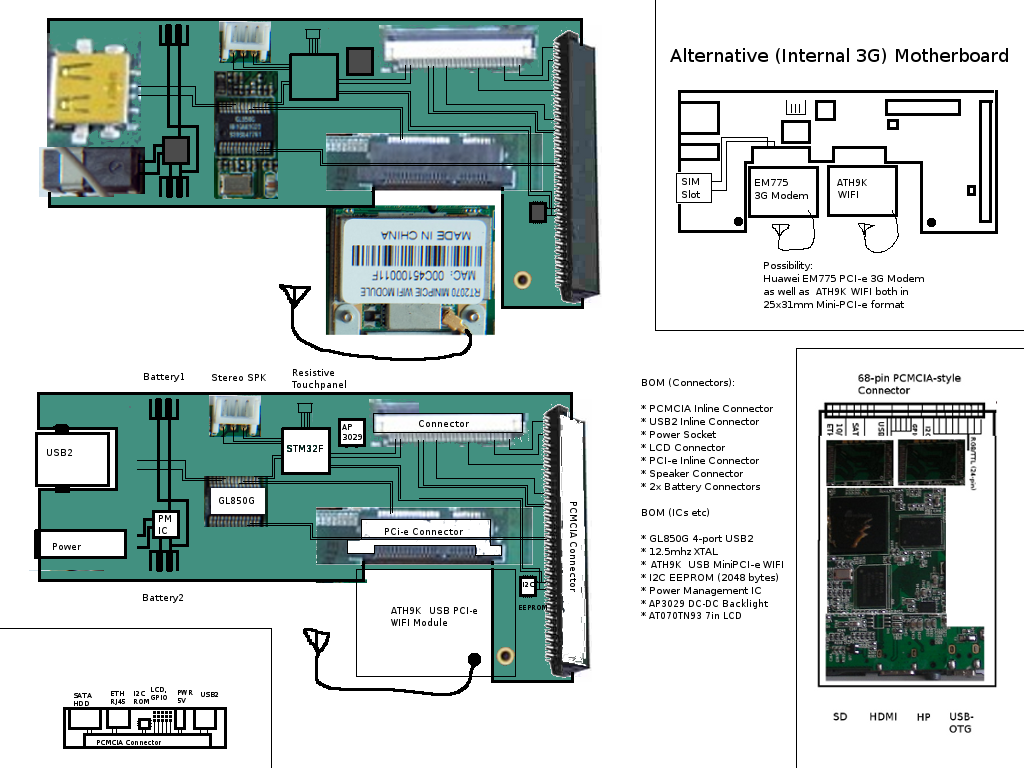 This diagram shows the physical construction of the tablet's components. Critical to achieving a thin tablet, even when allowing for a 5.0mm height PCMCIA CPU Card, is to use an inline PCMCIA header as well as an inline PCI-e connector. If one is used at all (rather than having the PCMCIA CPU card factory-installed) the PCMCIA assembly is shown being attached directly to the tablet's outer casing, rather than being attached to a PCB. Additionally, two batteries are used (in parallel) rather than one, in order to prove a balanced weight distribution to the device. The larger battery sizes, which could even be up to 6mm thickness, potentially allows for cheaper Lithium Polymer batteries to be used - again, reducing the overall cost of the device. 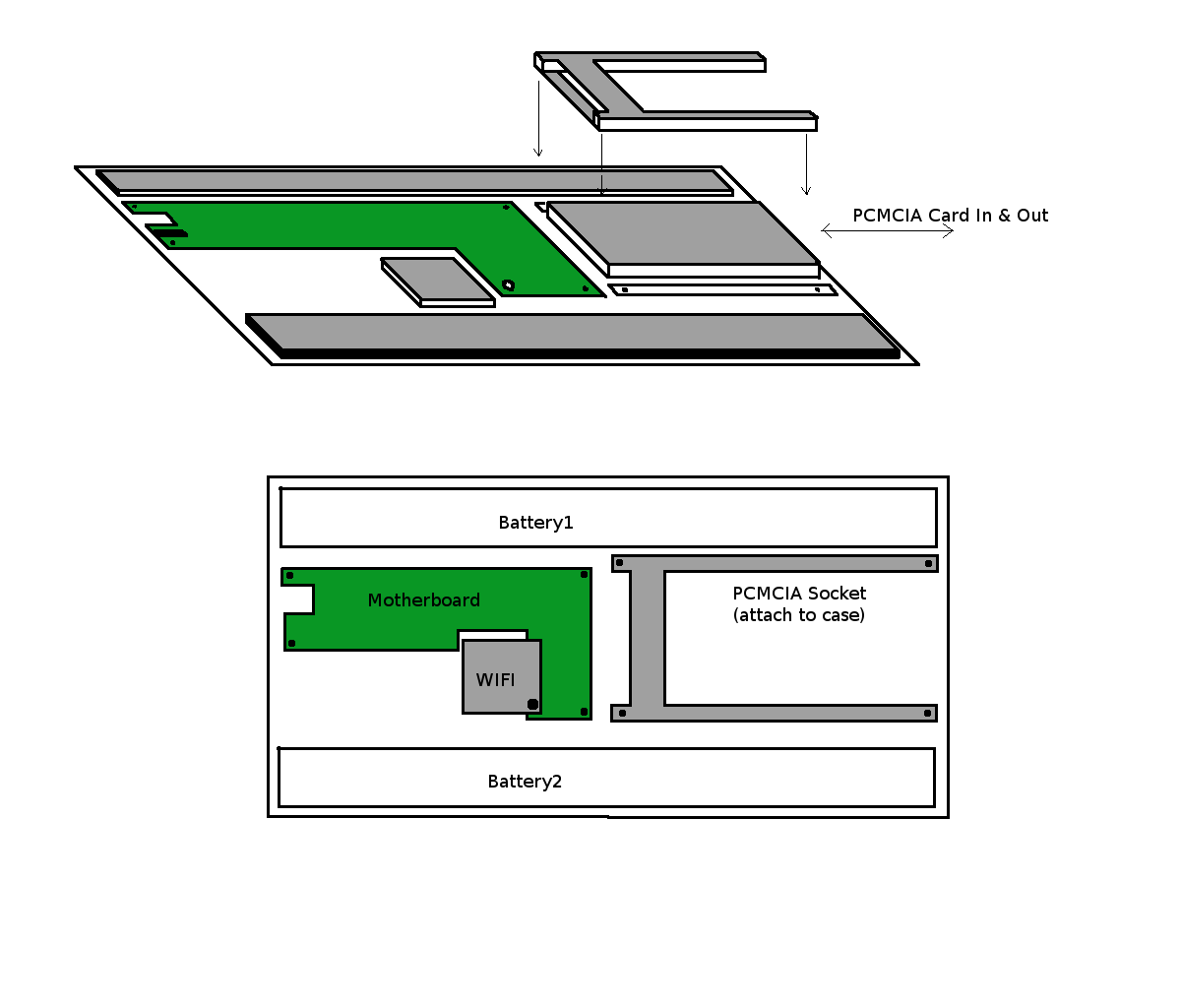