Difference between revisions of "Flameman/eltek"

it seems that the dual-CPU V460 is featuring a symmetrical architecture allowing the two 68060 CPUs to operate as either tightly-coupled coprocessors sharing the same operating system and peripherals or as two independent CPUs running separate operating systems across separate I/O channels. 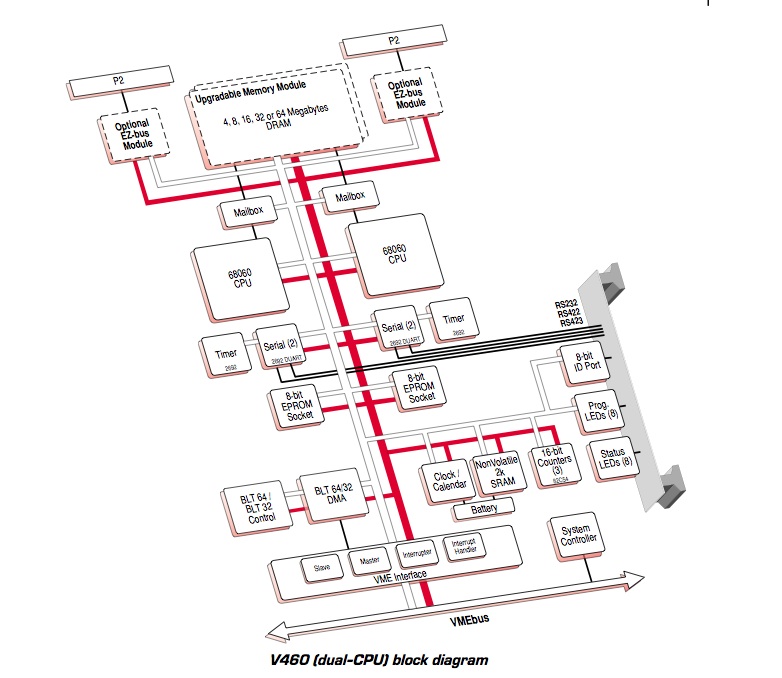 If this info is right it should be possible to assign different interrupt level schemes to each CPU via a programmable interrupt control register. In all of these possible arrangements, the dual CPU V460 Series can provide full multi-ported memory access by both CPUs, the VMEbus, and both EZ-bus modules with varying levels of memory protection as required.