Write program for PRU present in BeagleBoard and to create a portable device able to measure the wind speed and temperature reliably in outdoor environments.It delivers the result by analyzing the time of flight or phase difference of sound waves between two points, deliver the final results in terms of ambient Temperature,Wind speed and direction.

The proposal for Sonic Anemometer was accepted in GSoC 2016, but the chosen ADC(Analog to Digital Converter), THS1206, proved to be inefficient for sampling at high frequency and hard to create a trigger for generating Ultrasonic pulse.This year ADC is proposed to be PRUDAQ,hence most of the code developed last year is not useful now and also the final arrangement implemented for only one axis remained untested.

I have completed the task required as described on Ideas page, and created a pull request, as listed here.

GSoC participation: I haven't participated before.The one of the most important reason is to create a project that I can be proud of and mark it as special achievement in resume in bold letters.Secondly I am greatly interested in field of Machine learning and Big Data, which are going to have a great future with IOT.I want to develop a smart system to control and perform various task related to home and have successfully used Arduino for various applications like controlling electrical appliances,ambient lighting system.Finally to make our world more open source and much better.

Anemometer, derived from greek word anemos(wind), is a device used for measuring the wind speed.While the first known description, we encounter dates far back to 1450, the widely used, cup anemometer was created in 1845 by Dr.John Thomas and hasn't changed much since then in its fundamental concept. Since the cup anemometer consist of mechanical moving parts, it is adversely affected by various environmental factors like salty air or dust.To counter these affects, a better alternative was developed known as, Sonic Anemometers, and it uses ultrasonic sound waves to measure wind velocity.

The basic principle used in sonic anemometer is that when the wind flows in the same direction as sound, the velocity of sound increases and when is in opposite direction, the velocity gets reduced accordingly.Therefore along a axis two transducers are placed and Time of Flight is calculated in both directions as explained by equations. This pair of transducers act alternately as transmitters and receivers, exchanging high-frequency ultrasound pulses between themselves. The times of flight in each direction t1 and t2, are measured. If c is the speed of sound in air, and L ,is the distance between the transducers and there is an airflow of velocity v along the line of the transducers, the following relationship is readily derived:

By combining Eqns (1) and (2) and solving for ` v`, the following equation is obtained:

Above calculations were only for one axis, but we can add more axis making devices 2D or 3D anemometer.This proposal, aims first for 2D sonic anemometer, which measures the time taken for an ultrasonic pulse of sound to travel from the North transducer to the South transducer, and compares it with the time for a pulse to travel from S to N transducer. Likewise times are compared between West and East, and East and West transducers. 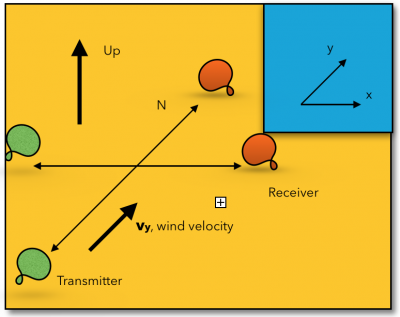 2D axis(to be aligned with compass to true north) 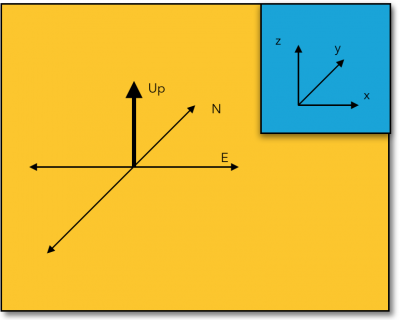 The projected horizontal wind vector,`u `,specified by its magnitude in m/s and direction in degrees (0° is the direction of the north, the angle was counted positively in an easterly direction and negatively in a westerly direction) Now following Equations are involved here,

Now from above equations it is clear that speed of sound calculated this way is independent of factors such as temperatures. 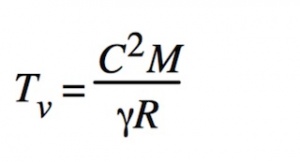 here R is the universal gas constant (8314.34 mJ/mol K), C is speed of sound, M is the molecular weight (grams/mol) of the gas, and γ is the ratio of heat capacities Cp and Cv; Cp and Cv are the specific heats at constant pressure and constant volume of the gas, respectively.

The sonic temperature, Tv (in Kelvin), may differ from the absolute temperature by an amount equal to the water vapor content in the air measured. This difference amounts to ±1°C at 20°C and decreases as the temperature decreases.

They are programmed with assembly instructions and hence can be customised as per our Requirements, and can transfer information with User-Space programs and hence we would be using the Two PRU in beagle, one for ADC and I don't have actually any plans for Second PRU, because as far as impression I got by going through various documentation, I understand that only first one is enough and by saying this, I am open to all suggestions. We can probably use second one for calibration and other tasks.

Following are the equations defined in thermodynamics for values calculated from the data:

where c is the velocity of sound (m s-1) in air, T is the temperature (K), and e and p are respectively the vapor pressure of water in air and absolute pressure. The humidity effect on the measured sonic temperature,

resembles very closely the virtual temperature Tv defined by meteorologists as the temperature at which dry air has the same density as moist air at the same pressure:

Clearly, Ts more closely approximates Tv than it does T, the error being on the order of ±0.01°C in assuming T′ =Tv′(virtual), compared to ±0.05°C for T′ =T′(absolute). Since virtual temperature is used sometimes in boundary layer calculations, we can safely assume sonic temperature as virtual temperature within safe experimental assumptions.

Sampling rate required to measure the time of flight

for 0.1 meter per second error rate in the wind speed, some conservative estimates about distance and the combined pulse speed can be made

The change in time of flight for a pulse speed difference, even when that speed is quite high, is on the order of hundreds of nanoseconds. A sample rate of at least 10Mhz will be required.

I would be having my semester finals from 26 april to 10 may, and after that I can commit myself fully for this project.As per the GSoC timeline, coding period starts from 30 may, though I plan to gather and go through all documentations and book like "Exploring BeagleBoard" by "Derek Molloy" from 15 may and following is the proposed timeline and milestones by me

Get acquainted with Beagle GPIO,PRU, PRUDAQ, and gather all other related Open Source works that can be utilised for our project like Beagle Logic, GSoC 2016 portions of reusable codes.Taking valuable suggestions from others who have implemented this project already on other boards.

Connect the Prudaq and take sample readings as described on their wiki example. As far as I have knowledge by now, we are able to take samples at high rate using the Beagle Logic for PRUDAQ, and as it was pointed out in the final report of GSoC, the major obstacle he faced was the inability of PRU to control the BeagleBone mux

Program the PRU to read the sample results from PRUDAQ and trigger successive generation of two axis sonic transducers.

Make the PRU able to streaming the data to User Space from PRU memory and make a user space program to store this results into a possibly text file and create related testing units.

This week we will build the structure as portable, possibly as described in below pictures. 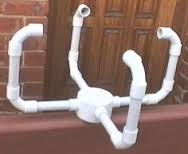 PVC for easy and flexible implementation 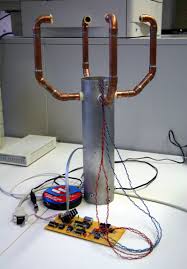 Made of Copper and steel to heat during Cold

Testing the above apparatus into a wind tunnel (if accessible in my university) and outdoors and Finetuning the discrepancies and calibrating the device structure and distance between transducers.

Making corrections for delays incurred between triggering of measurement and the final velocity of a axis and then the correction for factors that may affect the pipeline and creating test units.

Making the final model of hardware to be used in this anemometer , depending upon the the reliability and Quality of delivery by various accessories like transducers or if other arrangements are required like power sources, supplies etc.

Processing the stream on the fly to produce final results, into text File created into user space that can be uploaded or monitored real time,if possible(currently I am unaware with this capability as I don't have any idea how much latency may it create between the final result and first detection).

Review all the test units created earlier during program and modify them or build new.

A 2D/3D sonic anemometer able to calculate and project the wind speed and its angle, Temperature of its surroundings,having calibrated for all its measuring positions and providing results after the required corrections suggested by research papers.Ready to be deployed in field experiments.

When all above goals are achieved at commercial level during the program or at conclusion of program, we work to add third axis, z and create the required modifications.

1. Make A python script type to create the graph and other possible representations of the data processed.

2.The Temperature reported here,have a factor of relative humidity, hence the device is expected to deliver the temperature accurate in case of dry environment mostly where as for humid environments, a separate device reporting humidity in realtime is required. Therefore support for other measurements like Humidity,Magnetometer, IMU that can be sampled realtime and improve and increases the utility of this anemometer as portable weather station.

As part of my graduation program of Computer Science Engineering at bachelor level, I am already familiar and aware of almost all the concepts and technology used in this project.The Physics used here was present in our curriculum.Also we got a hands-on experience with microprocessor 8085, and I have developed a project with Arduino to control electrical appliance using relays and created other project for Ambient lighting system.

As the most fundamental part for being a CS engineer, I have learnt "C" language and I usually program with Ruby but is also familiar with python.I have also learnt Node.js as a javascript and have knowledge of other web technologies like CSS,HTML,Bootstrapping, Ruby on Rails and have earned certificate from Coursera.These all technologies are useful for the part of developing User interface of Anemometer and implement of REST API.

Finally,the reason I believe(some bragging about me :)), for which I should be chosen ,is my deep interest and love with Computer Systems, I can spend happily my all nights awake with them, but only when I am on project and on many occasions I have learnt all new technology, to create a project that interested me, way before the timeline prescribed it to be complete.I am at ease with all new concepts and love to learn them.

As I described above, all these concepts are covered in my curriculum, therefore in case I can't reach mentors in some case, I can refer and take help from my college faculty and also can use Labs for experiments related to ADC, and lastly there is our programmer's friend StackExchange, filled with many experts happy to help on any issue.Also I can refer to the research papers and Google Search.

Considering the costs of commercial products available at this time in market, this open source project would provide a very useful and reliable anemometer to help universities and students/hobbyists during their meteorological research by providing them results in real time and format that can be further processed by user using languages like python etc.