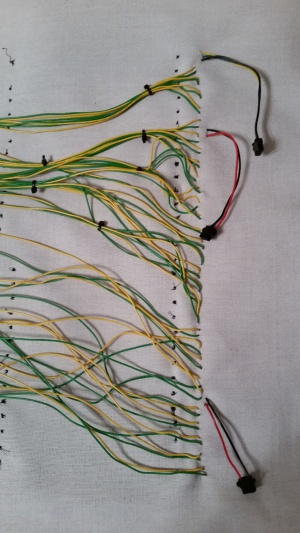 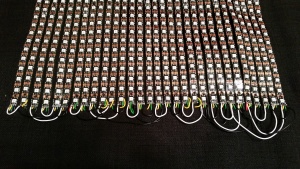 during initial testing with the MinnowBoard Turbot, it was discovered that if the length of the SPI clock and data signals were over 24 inches long between the MinnowBoard Turbot and the first LED on the dotstar string, the signal strength was such that it would not work. however, the signals between one LED string and the next were about 55 inches long and they did work. after closer inspection with an oscilloscope it was clear that the APA102 RGB LEDs were providing a much higher drive strength for the SPI signals. as a quick fix, two of the dotstar LEDs were used close to the main connection to the MinnowBoard Turbot with a longer connection to the first set of LEDs on the matrix. 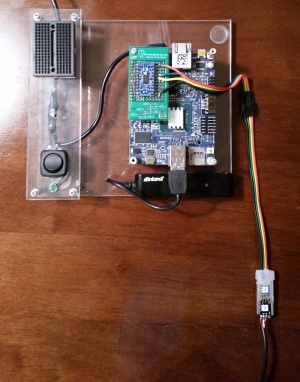 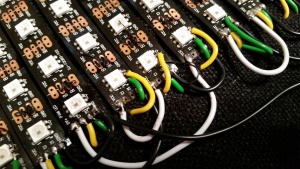