Difference between revisions of "LeapPad Explorer" 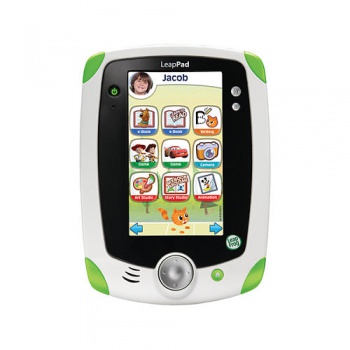 The Leappad Explorer (like its predecessor the Didj and Leapster_Explorer) is a toy produced by Leapfrog marketed as an educational handheld gaming console for kids aged 4-9. Although it has a proprietary graphical front end, it runs a generic Linux distribution on the same ARM9-based processor as the Didj and Explorer. It also has built in accellerometer and camera, along with a bigger touch screen, also hints about an internal rumble pack of some kind in the latest source code.