Difference between revisions of "Leapster Explorer" 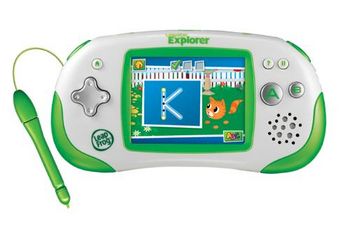 The Leapster Explorer is part of 3 different devices that all share a common hardware platform, based around the Pollux SoC. The platform page contains information generic across these devices, and it is recommended that you refer to that page as it is a good starting point to understanding the Leapster Explorer, and contains some basic How To's and Tutorials to get you started.

The Leapster Explorer (like its predecessor the Didj) is a toy produced by Leapfrog marketed as an educational handheld gaming console for kids aged 4-9. Although it has a proprietary graphical front end, it runs a generic Linux distribution on the same ARM9-based processor as the Didj. Console access to the Explorer is achieved using the same method as found on the Didj.

Lots more information on the Didj