Here are some changes to the LX's default setup that will make your life more easy.

This will prevent the auto shutoff from kicking in, but you also a lot of normal LF specific functionality. On Device

I hate having the main app timeout and power down when. simply type:

to disable the main app on next start

You can also supply the name of an alternate main app like so:

Just note that /LF/Bulk isn't guaranteed to be mounted yet.

If your app isn't found, rcS will remove /flags/main_app to restore the default on the next boot.

This turns on telnet and ftp by default, and switches to a static IP address.

If you still want to have the automatic private ip:

And if you want a speedy boot (this eliminates a 6 second wait timer):

When USB booting, the script /usr/bin/recovery runs. On line 8 of that script is an instruction to do a forced shutdown after 600 seconds.

To remove that annoyance, simply comment-out that line:

To remove the 2nd boot logo, comment out line 76 of /etc/init.d/rcS:

To remove the startup sound, comment out line 91 of /etc/init.d/rcS:

SFTP is one of the easiest ways to copy files over to your Explorer.

Now uncomment the fallowing and change them to yes

Once done editing, hit the ESC key, then type :x to save and exit.

now you are ready to start sshd for the first time and generate a key, type:

This may take a minute or two for the key to be generated so sit back and relax.

To enable SSH and SFTP permanently, you will have to carefully modify /etc/init.d/rcS. Add the following line in the same location as the telnetd and vsftpd startup (~line 138), or optionally outside the check for /flags/developer (~line 136):

and optionally disable telnetd and vsftpd by adding a # before the first slash.

Connect With your Linux Box

Right click your network icon thingy and configure your interface 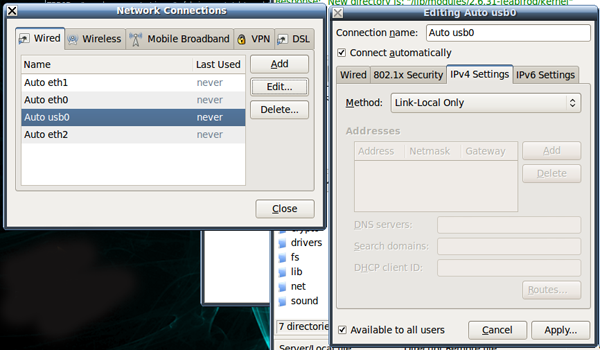 Setting it to link only will prevent the Explorer from disconnecting randomly when you plug it in.

on your explorer run

to see what it's ip address is. Enter that address as the host in FileZilla and set the username as: root

Congrats you now have sftp access to your explorer :) 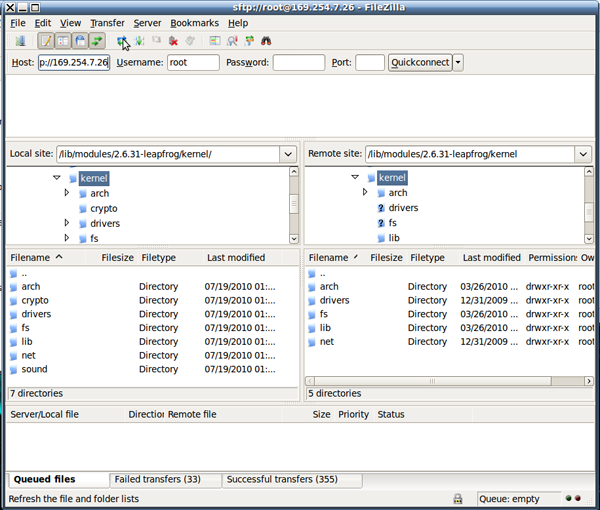 This may brick your Explorer and make it require a usb boot so only do this if your brave.

mtd2 is where the kernel is stored