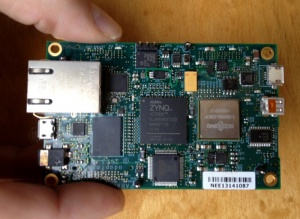 A Parallella Gen0 beta board

Thanks to generous support from Xilinx, the Kickstarter boards will be upgraded to use a Zynq-7020 SoC instead of a Zynq-7010.

Gen1 boards were manufactured in August 2013 and these were given to certain backers, key members of the community and some people who won them as prizes at the CodeMesh conference. 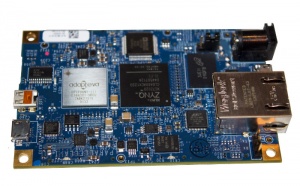 A Parallella Gen1.1 board