Difference between revisions of "R-Pi Troubleshooting"

Back to the Hub. This page lists the most common problems and suggests some solutions.

A good power supply that will supply 5V is vital. There is more information about power supplies and troubleshooting.

Red power LED does not light, nothing on display

The power is not properly connected.

Red power LED is on, green LED does not flash, nothing on display

Text appears on screen, but then hangs with debug messages. This can be caused by USB devices such as keyboards. Try again with nothing in the USB.

Raspberry Pi shuts down soon after booting up

This is caused by a power supply with too low voltage or too high voltage. Or it could be the cable. See: On_the_RPi_usb_power_cable

Pi boots sometimes but not always

With a known good power supply and known good SD card, the R-Pi boots occasionally, but other times shows only a tiny green flicker from the "OK" LED and it fails to start, even with no USB devices and no Ethernet. This has been reported several times[4] [5] [6] and remains an open issue. Low voltage or an improper SD card can cause it. Some SD cards will work until they warm up slightly, and then fail[7]. When exposed to 21 C room temperature the warmest part of an uncased working R-Pi should be 41 C[8]. The wiki has a list of working SD cards. Buy from a reliable vendor as it has been claimed that 1/3 of all "Sandisk" labelled memory cards are counterfeit.

This is caused by inadequate power. Use a good power supply and a good power cable. Some cheap cables that work with a cell phone, cannot fully power the R-Pi. Some USB devices require a lot of power: most will have a label showing the voltage and mA requirements. They should be 5v 100mA each max, any more than this they must be used with a powered USB hub. Try unplugging every USB device except the keyboard (you should also note that some keyboards have built in hubs and can try to draw 150mA (Pi can only handle 100mA per USB slot without a hub)). Also, use the latest software. Forum user MrEngman reported some keyboard repeats and wireless hangs until upgrading to the debian6-19-04-2012 kernel, which he reports stable with no problems even with a low TP1-TP2 voltage of 4.65 - 4.68 volts.

Connecting a keyboard and/or mouse while a USB WiFi device is connected, may cause one or both devices to malfunction. On April 30 2012, there was a bugfix[9] relating to USB sharing between high-speed (eg. WiFi) and full/low-speed devices (eg. keyboard/mouse). User spennig[10][11] reports this patch did not fix the Mouse/WiFi conflict. On 2012-05-12, user spennig was pleased to confirm that wifi was working with a USB keyboard and mouse, as long as the Raspberry Pi had a good PSU and a powered hub. Even so, some experimentation was needed, e.g. USB mouse connected to the device, and the keyboard and mouse connected to the powered hub. Some experimentation may be necessary to find a working combination; however a good power supply is essential.

Some wireless keyboards, for example the Microsoft Wireless Keyboard 800 are reported to fail[12] even though the current drawn by the wireless adaptor is within the R-Pi USB spec limit of 100 mA. This may be a software driver problem.

Re-mapping the keyboard with Debian Squeeze

If different letters appear on-screen from that which you typed, you need to reconfigure you keyboard settings. In Debian, from a command line type:

Follow the prompts. Then restart your RasPi.
Or:
From the command line type:

Then find where it says

and change the gb to the two letter code for your country. [1]

If you have remapped your keyboard and get a very long delay during the keyboard mapping at startup, type the following once on the command line after you have logged in:

If you are having problems setting up your memory card you might want to try erasing it completely - especially if it has been used elsewhere and still contains data / partitions.

SD Card Does Not Boot

Some memory cards do not work on the R-Pi, so check the list of known SD cards.

Ethernet connection is lost when a USB device is plugged in

This is caused by inadequate power. Use a good power supply and a good power cable. Some cheap cables that work with a cell phone, cannot fully power the R-Pi. Some USB devices require a lot of power (>100 mA), so they must be used with a powered USB hub. Some cheap USB hubs suck power from the Raspberry Pi even if a USB power supply is connected.

Ethernet connects at 10M instead of 100M

The LED in the corner of the board labelled "10M" is mislabeled. When that LED is on, the R-Pi is actually connected at 100 Mbps. You can confirm the true transfer rate using a network benchmark such as iperf. You can also read the current network speed with

Please check the page http://www.raspberrypi.org/downloads for the correct username and password for each image.

While using Debian, some programs may ask for your password but refuse to accept a valid password.

This is a fault in some Debian images and will be fixed soon. If you are using an image with this fault, enter the following command on the command line.

Please enter this command carefully, the spaces are important. The command should be accepted without any response or errors.

Sound does not work with an HDMI monitor

This is caused by some computer monitors which select DVI mode even if an HDMI cable is connected. This fix may be necessary even if other HDMI devices work perfectly on the same monitor (or TV)!

Edit the configuration file - see the instructions at R-Pi_ConfigurationFile.

Add the following line to the configuration file:

This will force it to select HDMI mode.

Sound does not work at all, or in some applications

The ALSA sound driver is "alpha" and has issues, but some applications do work. If you are running Debian, try

to test analogue output. And

To test other applications, before "startx" type

By default output will be automatic (hdmi if hdmi supports audio, otherwise analogue). You can force it with:

If you just get errors instead of a desktop when typing

you may be out of storage space on the SD card. By default there are only a few hundred MB free in the 2 GB main partition, which can quickly fill up if you download files. Make sure there is some space free (gparted can expand a partition, if the SD card is > 2GB). Also, installing some software may incorrectly create or modify a .Xauthority file in your home directory, causing startx to fail, according to this thread. Temporarily renaming, moving, or deleting that file may fix the problem.

Video does not play or plays very slowly

Known issue with distro package as of 17th April 2012 - there's some missing boot config information. Creating a suitable cmdline.txt fixes it - type the following at the Raspberry Pi command line:

Out of the box, R-Pi graphics don't necessarily fill the 1080p (ie Full HD) screen. This is due to something called "Underscan", and it can be fixed easily.

Add the following lines to the configuration file...

If your display has no overscan:

or if your display has some overscan:

Making the R-Pi graphics fill the screen is a matter of experimenting with the numbers you put in the config.txt file. Change the numbers – try jumps of 5 or 10 at a time. Bigger negative numbers reduce the black borders (so -40 means less black border than -20). The numbers do not all have to be the same; you can use this feature to centre the display on the screen.

Writing spills off the screen on HD monitors

Out of the box, R-Pi graphics may be larger than the 1080p (ie Full HD) screen. This is due to something called "Overscan", and it can be fixed easily by creating a simple text file on the R-Pi SD card by using Notepad on your PC.

Follow the instructions in the section "Big black borders around small image on HD monitors", but use positive numbers for the overscan settings, for example

Interference visible on a HDMI or DVI monitor

This may be caused by loss of signal on long video cables. The signal level may be increased by changing a configuration parameter. 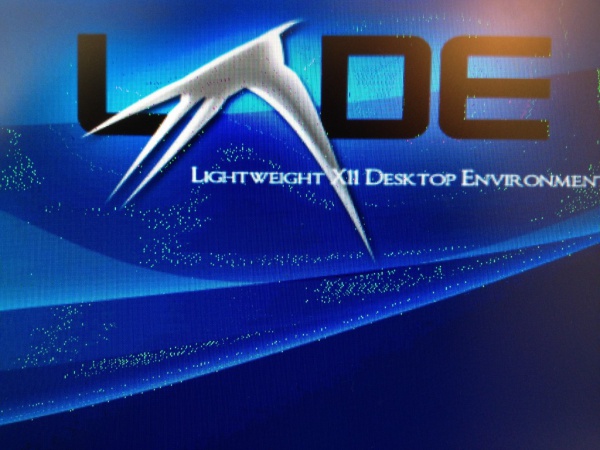 Add the following line to the configuration file

Composite displays only back and white or no image

We default to NTSC output. Most TVs will show an image with that, but if not:

Add the following line to the configuration file

Remember that the GPIO pins are 3.3V logic level only, and are NOT 5V tolerant.

If you momentarily shorted the two end GPIO pins together (+3.3V and +5V), or a supply pin to ground, and the Pi appears to be dead, don't panic. The input polyfuse may have tripped. It is self-resetting after it cools down. Disconnect power and wait for 30 minutes, then try to restart.

The time is incorrect

If the clock is off by a series of hours, in the command line type:

If you think you have a problem with your power supply, it is a good idea to check the actual voltage on the Raspberry Pi circuit board. Two test points labelled TP1 and TP2 are provided on the circuit board to facilitate voltage measurements.

Use a multimeter which is set to the range 20 volts DC (or 20v =). You should see a voltage between 4.75 and 5.25 volts. Anything outside this range indicates that you have a problem with your power supply or your power cable.

If you have not used a multimeter before, see these [basic instructions]

Note: Even if the multimeter shows the correct voltage, you may have some power supply problems. A multimeter only displays the average voltage. If there are very short-lived dips or spikes in the voltage, these will not be shown by the multimeter.