The vast majority of the Raspberry Pis produced have a Green PCB, but Pis produced by Egoman_Technology_Corp (only available in the Far East) have a Red[4] PCB, and RS Components produced a limited edition of anniversary Pis in Blue[5]. 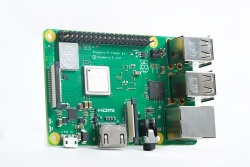