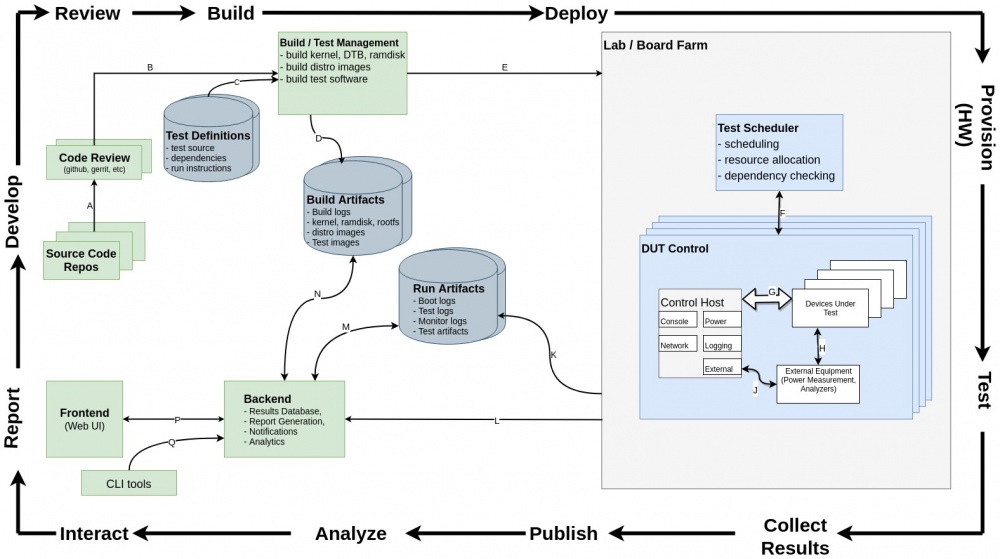 As of October 2020, TimeSys and Sony have developed a "board farm REST API" which they are proposing to the Linux automated testing community.

The API is described at Board Farm REST API

The Linux kernel kselftest and the kunit test framework use TAP as the preferred output format.

They are moving from TAP to KTAP.